Skip to content
The true origin of the Popol Vuh

An early text, often called “the Mayan Bible” (by folks who don’t know any better) is a manuscript written by Francisco Ximénez, a Spanish priest. He wrote this work between 1701 and 1703, in the K’iche’ Mayan language alongside Spanish text while he was living in Chichicastenango, Guatemala. 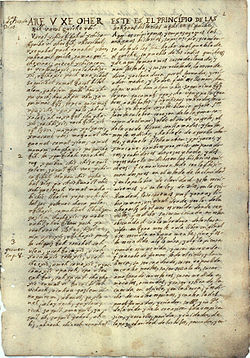 Above: a page from the Popol Vuh manuscript.

Today, we call this manuscript the Popol Vuh or sometimes the Popol Wuj. This manuscript by Ximénez is a collection of mythical and heroic tales of the K’iche’ Maya of the Guatemalan highlands and the Mayan language used by Ximénez is not Yucatec Maya, the Mayan language spoken in Yucatan, it is K’iche’ Maya, a Mayan language from Guatemala. The root language from which K’iche’ Mayan is derived (Eastern Mayan) separated from Yucatec Mayan over 4,000 years ago. That is a long time for two cultures and languages to develop separately and their tales, fables, religion, etc., must have mutated and diverged just like the language over this period of time. 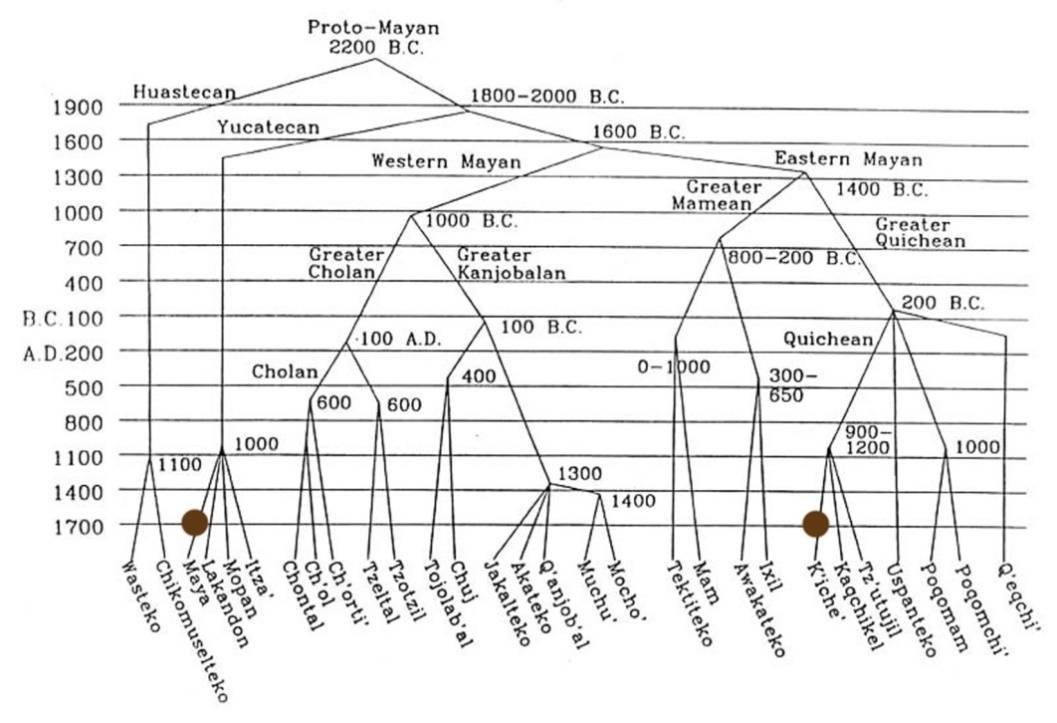 Above: Over 3,500 years of divergence separates the Maya Yucatec culture from the Maya K’iche’ culture, that produced the Popol Vuh. 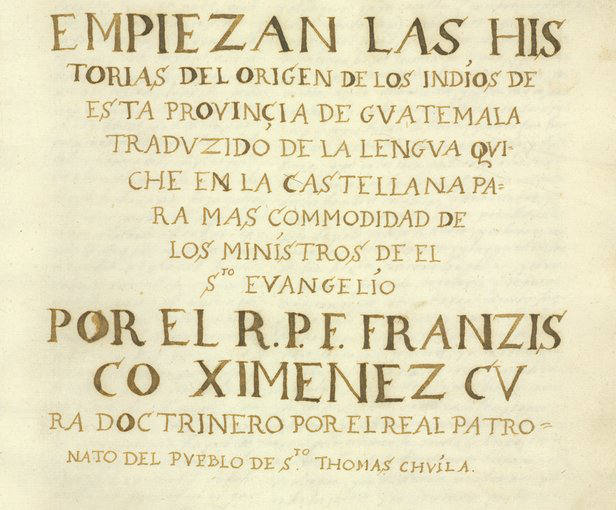 Above: The first page of Ximénez’s Popol Vuh manuscript 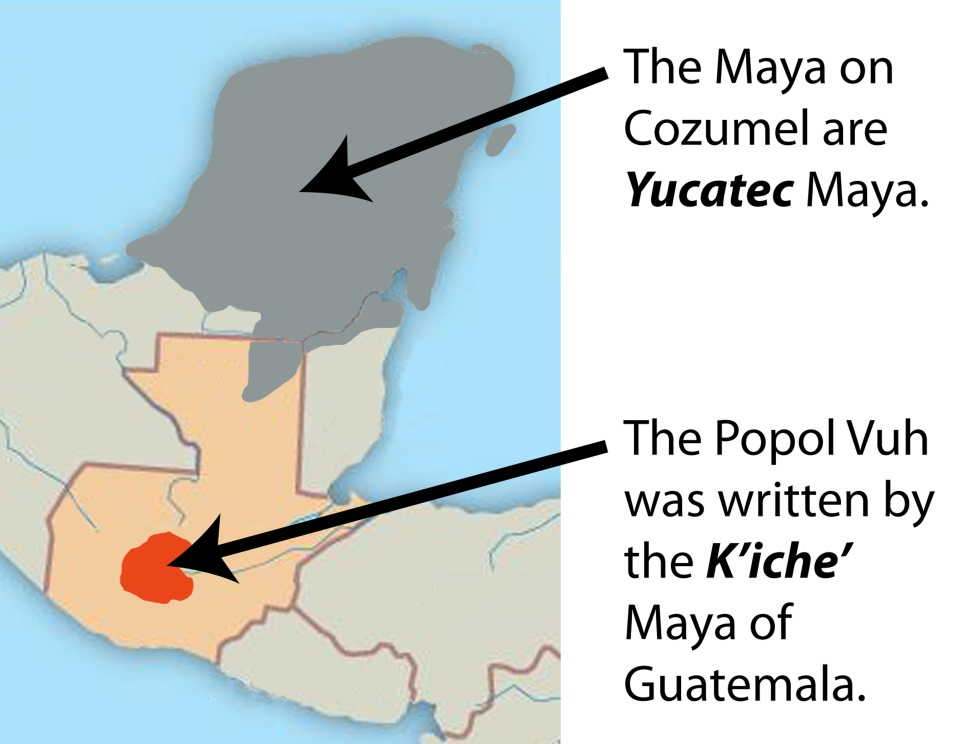 So, the myths and beliefs portrayed in the Popol Vuh myths are not the beliefs and myths of the Yucatec Maya from Cozumel, but are the beliefs of their Guatemalan neighbors in the Post-classic period, described by a Spanish priest much later in the Colonial period.

After Ximénez died, the document remained in the library of the Dominican Order in Guatemala until the monks were expelled in 1830. The manuscript was taken then to the University of San Carlos in Guatemala City. In 1855, a French abbot, Charles Étienne Brasseur de Bourbourg stole the document and took it to France. 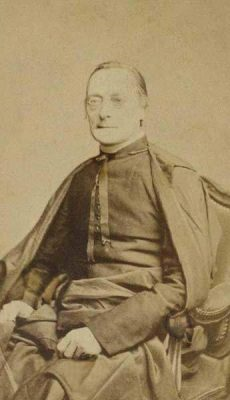 After the abbot’s death, the manuscript passed to Alphonse Pinart, an explorer and ethnographer who, like the abbot, had a penchant for stealing works from archives. After visiting the Santa Fe, New Mexico archives in the 1870s, it was discovered he had also taken a large number of documents from there as well. Pinart later sold the Popol Vuh manuscript to American book collector Edward E. Ayer. Ayer donated the work to the Newberry Library in Chicago, Illinois in 1911, and there it still resides.