The Documentary of Cozumel that Jacques Cousteau Never Made

In 1955, Jacques-Yves Cousteau and Louis Malle made a 1 hour 23 minute documentary entitled Le Monde du Silence (the same title as the book published by Cousteau and Frédéric Dumas in 1953) which contained underwater scenes. The film debuted in Cannes in 1956 and won a Palme d’Or. In 1957 it won an Oscar for the Best Documentary at the American Academy Awards. Many people over the years have come to believe that this film contained scenes of Palancar Reef, but that is most definitely not true. All the scenes in this documentary were shot in eastern hemisphere. All the underwater shots were made in the Mediterranean, Red Sea, Persian Gulf, and Indian Ocean. None were filmed in Mexico. 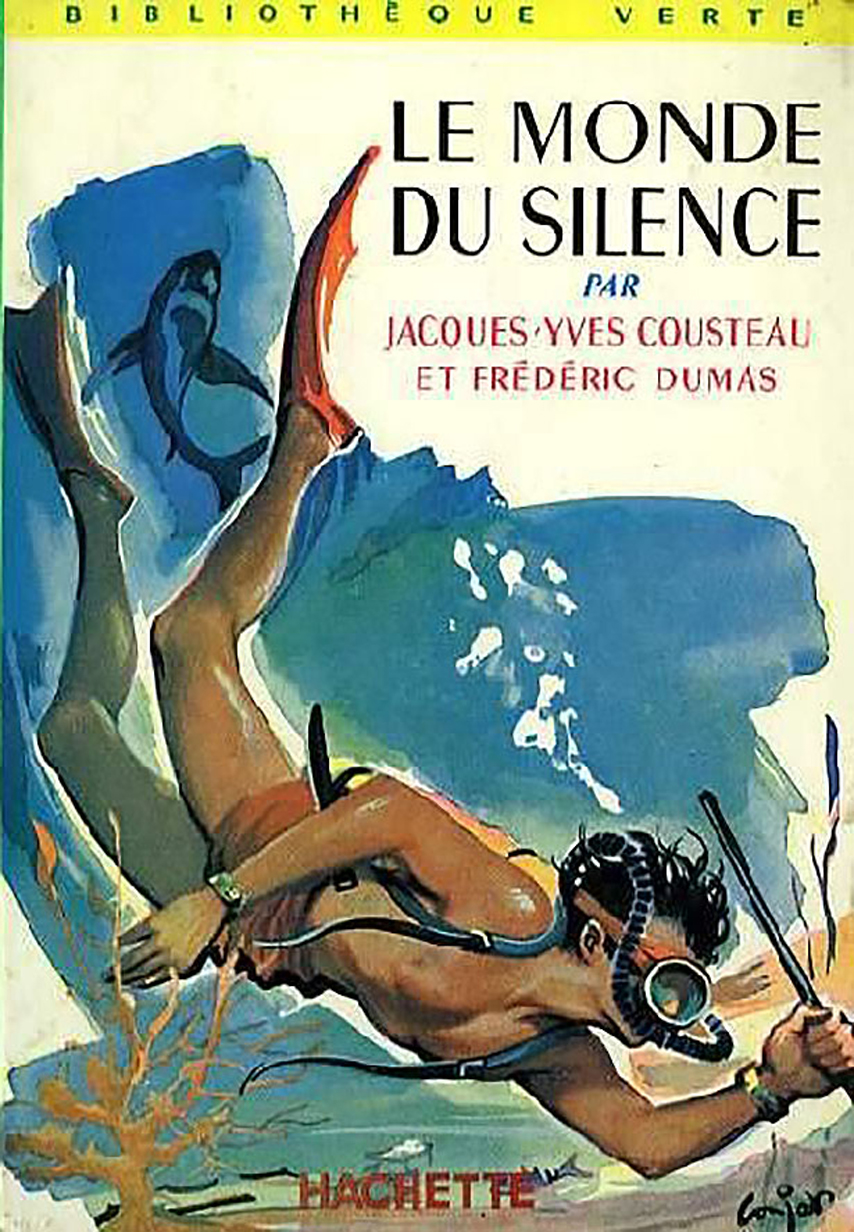 Cousteau’s second documentary film was the 93 minute World Without Sun, shot entirely in the Red Sea. It was a story about the underwater habitat, CONSHELF II. This film also won an Academy Award for best documentary in 1964

Many websites and guidebooks state that the diving related tourism industry on Cozumel began due to a TV documentary Cousteau made underwater at Palancar Reef. Some sites and guides state this was in 1959; others 1960; still others 1961. In fact, the Cousteau Society themselves state that no such TV documentary ever existed! The source of this rumor of how a TV special launched Cozumel’s diving industry most probably springs from confusion with the movie Un Mundo Nuevo, which was filmed under Cozumel’s waters in 1956 by cinematographer Lamar Boden, (who would later be the cinematographer for the movie Flipper and the Sea Hunt series starring Lloyd Bridges) under the direction of René Cardona. However, the story that it was Cousteau who put Cozumel on the map has been repeated so often and published so frequently by authors plagiarizing each other that now the public accepts it as fact. 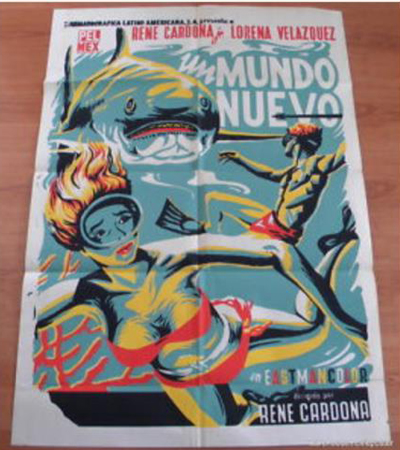 In a way, Cousteau’s 1956 film Le Monde du Silence did impact Cozumel, as it was the inspiration for Cordona’s above-mentioned, 94-minute movie Un Mundo Nuevo. However, it was Cordona’s film that put Cozumel on the map, which is probably why we now have a Cordona Reef and no Cousteau Reef! Released in Mexico City on August 7, 1957, the black and white film starred the director’s son, René Cardona Jr., along with Antonio Raxel, José Pulido, John Kelly, Manuel Dondé, Rafael Alcayde, Angel Di Stefani, Lorena Velázquez, Arturo Arias, and René Cardona Sr. The script is not anything to write home about; the film was basically a vehicle to showcase Cozumel’s underwater scenes and cash in on the popularity of Cousteau’s award winning documentary Le Monde du Silence. Cordona’s film was dubbed in English and released in the United States in 1958 as a TV movie under the title The New World. After that, Americans began to be more aware of the island and its underwater beauty. That same year, in the volume 25, number 5 issue the May 1958, Holiday Magazine (a Curtis publication for the American Automobile Association, at the time) an article about Cozumel appeared. It was written by John R. Humphreys and entitled “Bargin Paradise Revisited.” The rush for paradise was on. 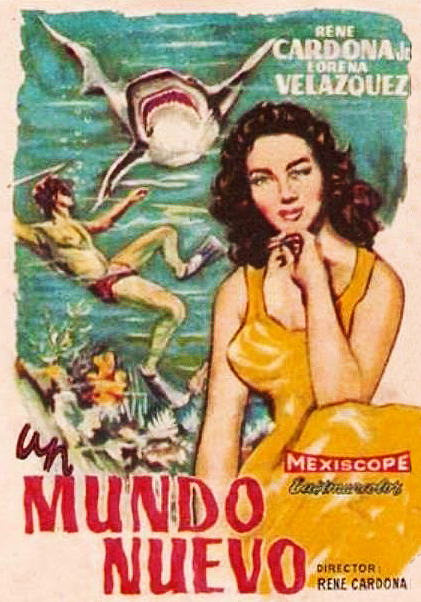 While Jacques Cousteau did produce several TV series and documentaries, his very first series broadcast, The World of Jacques-Yves Cousteau was not made until 1966. No Cousteau-made documentaries, TV specials, or series that contained footage shot under waters anywhere near the Yucatan Peninsula were aired until the 1970s.