In 1908, a committee of Cozumel islanders got together and formed the “Centenary Celebration Steering Committee,” to plan for the upcoming Centennial celebration of the 1810 war of independence. The motion of building a commemorative clock tower was passed, and subsequently, plans were drawn up for the construction of the tower.

The building of the tower was accomplished over the course of several weekends in 1910, by Cozumeleños pressed into service via “fagina,” or compulsory, donated labor on public works ordered by the local authorities. Those who didn’t work on the tower were fined by the city, but allowed to pay their fines “in kind” with cal, stones, or other building material. This work was supervised by Hipólito Vivas Rejón, who was rumored to have paid 60 pesos of his personal funds towards the clockwork machinery, (a considerable sum back then) although I personally feel that these were actually city funds that he had access to through his position in the city government at the time. The first stone of the tower was laid on April 2, 1910, when the population of San Miguel was a whopping 822 souls. 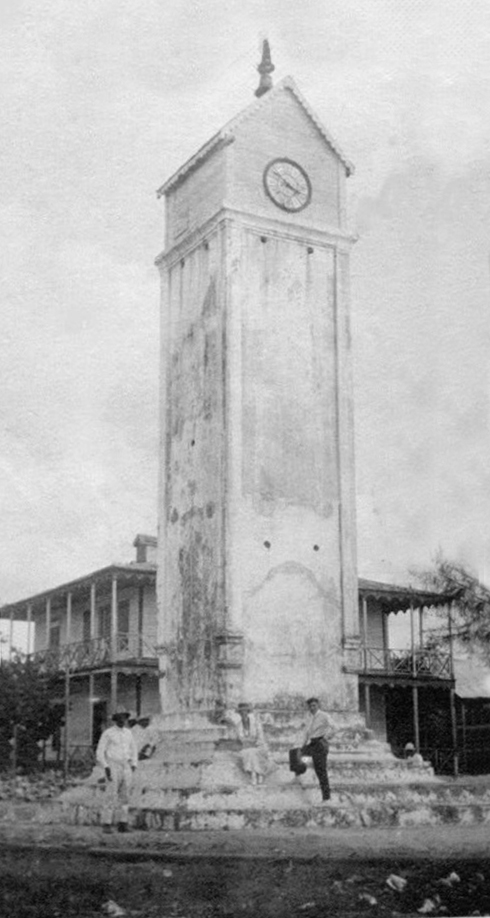 Above: The clock tower in 1922. The original top was of wood. The old City Hall is in the background, on 5th Avenida. The clock faced towards the water. 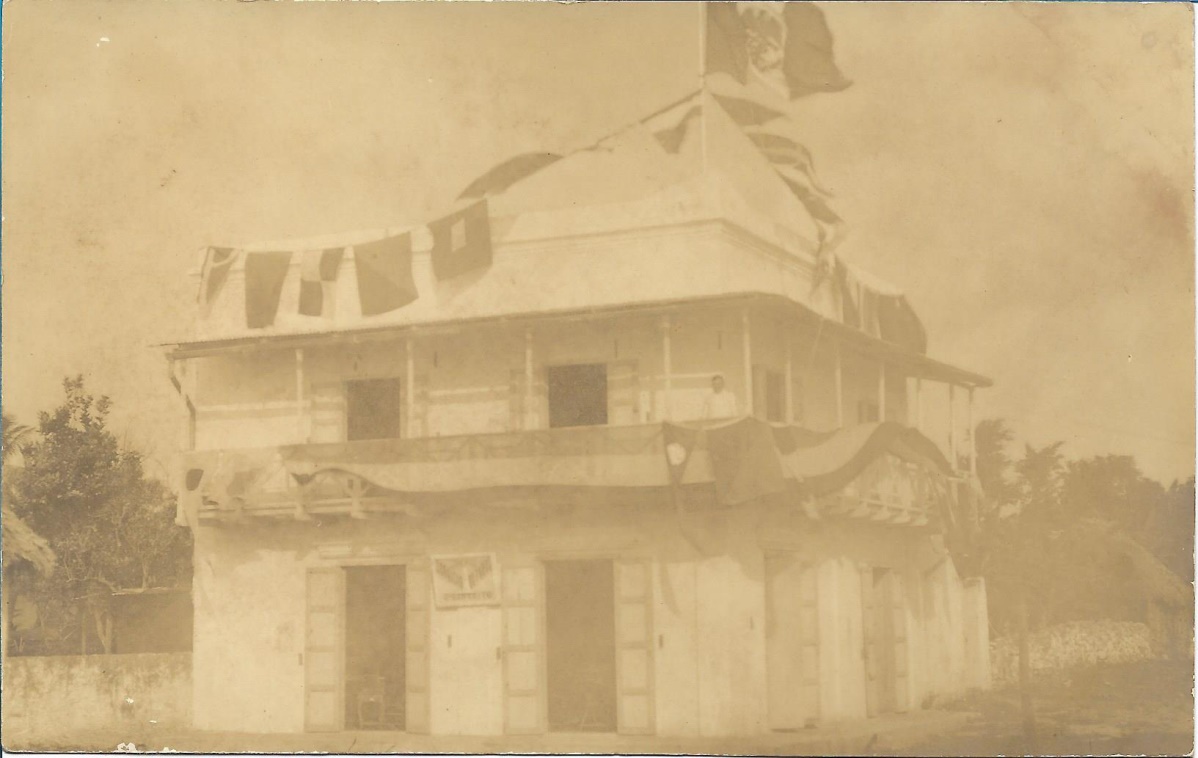 Above: The Coldwell house on the northwest corner of Juarez and 5th Avenue, decorated for the 1910 celebrations. Negociación Joaquín now stands on that corner.

The clock tower was inaugurated on September 15, 1910, when the presidente municipal of Cozumel, Óscar Coldwell Anduze, performed the traditional “Grito de Dolores” from the adjacent ayuntamiento building (where today’s Plaza del Sol resides). The clockwork, however, was not present for the inauguration; it had not been delivered to Cozumel in time.

The original clockwork (now housed in El Museo de la Isla) did not arrive until 1911. It had been ordered from France by the jewelry, watch, and clockwork company La Esmeralda Hauser, Zivy & C °. This company had showrooms in Mexico City and Paris. The Mexico City showroom was the finest in Mexico at the time and was located on the corner of Isabel la Católica and Madero in Mexico City. Today, the Esmeralda building is the Museo del Estanquillo.

The idea that Presidente Porfirio Díaz had something to do with the clock tower and clockworks sprang from the fact that the same company that provided the clockwork to Cozumel (La Esmeralda Hauser, Zivy & C °) also provided Díaz with a very famous pocket watch, nick-named “La Esmeralda.” This pocket watch is now in the Girard-Perregaux Museum in Villa Marguerite, La Chaux-de-Fonds, Switzerland. A image of that pocket watch is below: 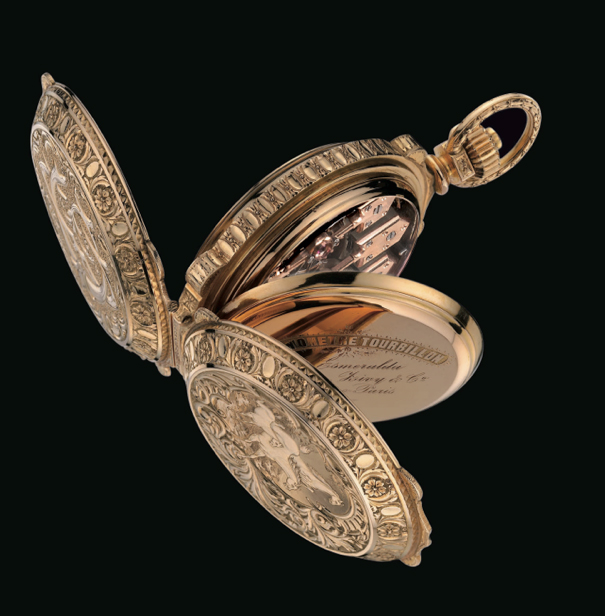 The original, wooden, clock housing at the top was replaced with a mamposteria version several years later, sometime after 1923. 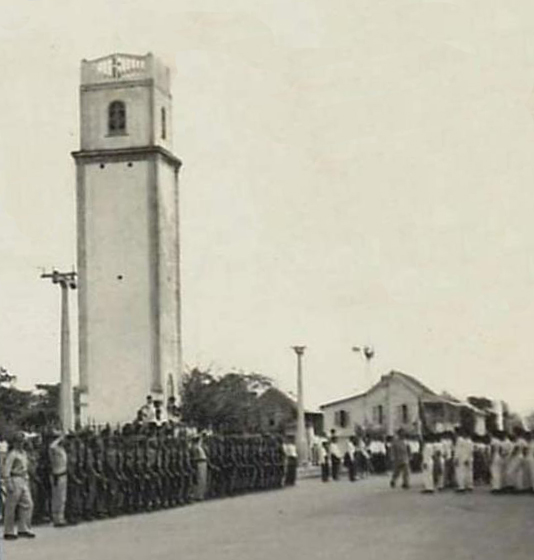 Above: Looking north at the clock tower in the 1940s. Back then, the clock still only had one face and it faced the sea.