Skip to content
Cozumel, Cannibals, and a Catholic Church

Cozumel, Cannibals, and a Catholic Church

In January, 1913, Sylvanus Griswold Morley and Jesse Logan Nusbaum set off from Santa Fe New Mexico on an expedition to Mexico to film a silent feature on the ancient Maya for the Panama-California Exposition that was to be held in San Diego California in 1915. The script that Morley wrote was to tell the story of Maya life at Chichén Itzá, with fanciful scenes of young, sacrificial virgins being thrown into the sacred cenote located there. However, when they finally set up to film in the ruins in February of 1913, they found they had underestimated the funds they needed to build sets, buy costumes, and hire actors. They ditched the project and began travelling around Yucatan filming and photographing whatever struck their fancy. In Tulum, their canoe overturned in the surf and they lost most of their exposed film. The accident also rendered their movie camera inoperable. When the later landed on Cozumel, they only had their still cameras in working order with which to record their experiences there. 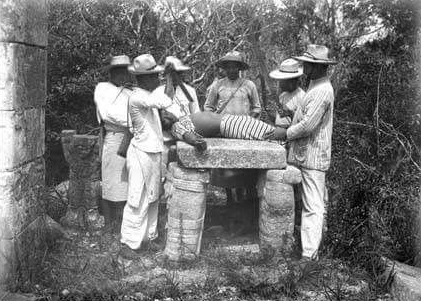 Above: The two archaeologists did manage to salvage the negatives of a few shots they staged at Chichén Itzá. Photo Palace of the Governors NM.

Nusbaum and Morley were good friends and had worked together on digs in New Mexico and Guatemala earlier in 1910. 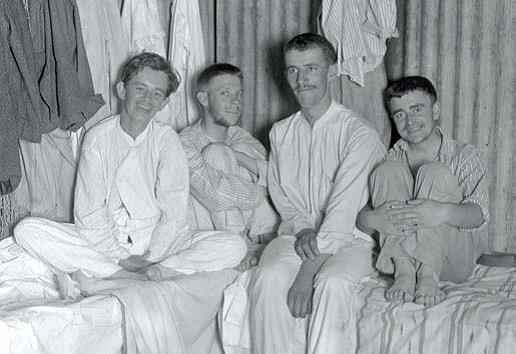 Above: Quiriguá, Guatemala, 1910. Sylvanus Morley is center left, and Jesse Nusbaum is center right. Their two friends are unidentified. Photo Palace of the Governors, NM. 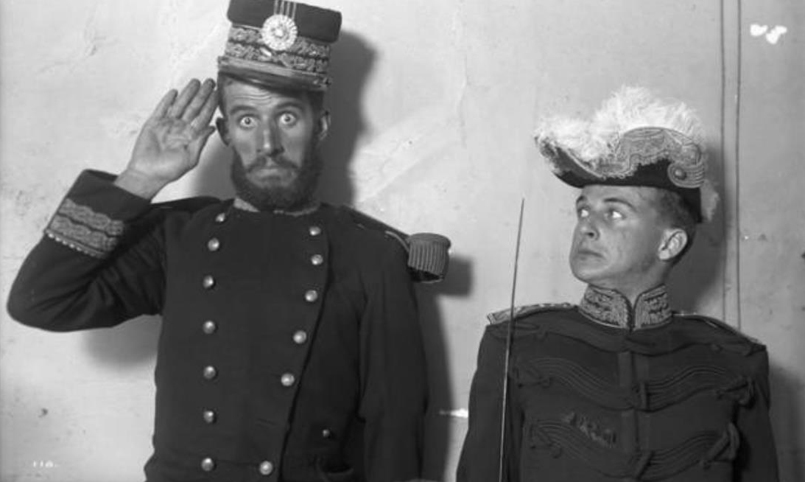 Nusbaum also worked with Alfred V. Kidder in 1908 at Mesa Verde. Kidder was later to fly with Charles Lindbergh in the 1929 aerial survey of Yucatan which included a stop in Cozumel. 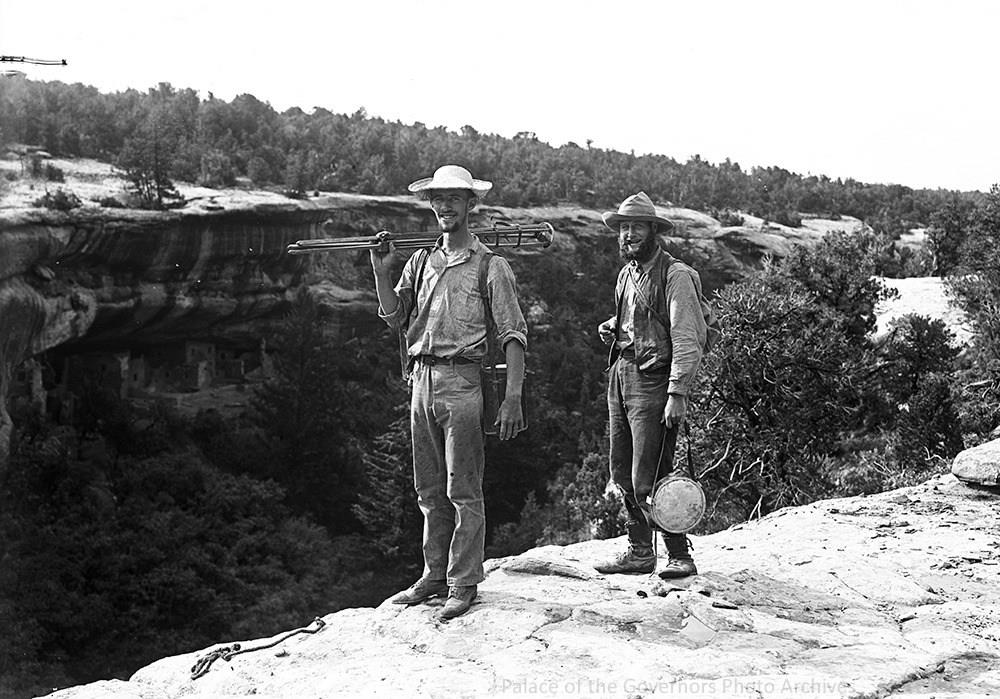 Above: Nusbaum on left, Kidder on right at Mesa Verde 1908. Photo, Palace of the Governors, NM.

This whole group of the Santa Fe archaeologists were party animals. Below is a photo taken by Nusbaum of his friends at Fiesta, the Santa Fe celebration of the town’s founding: 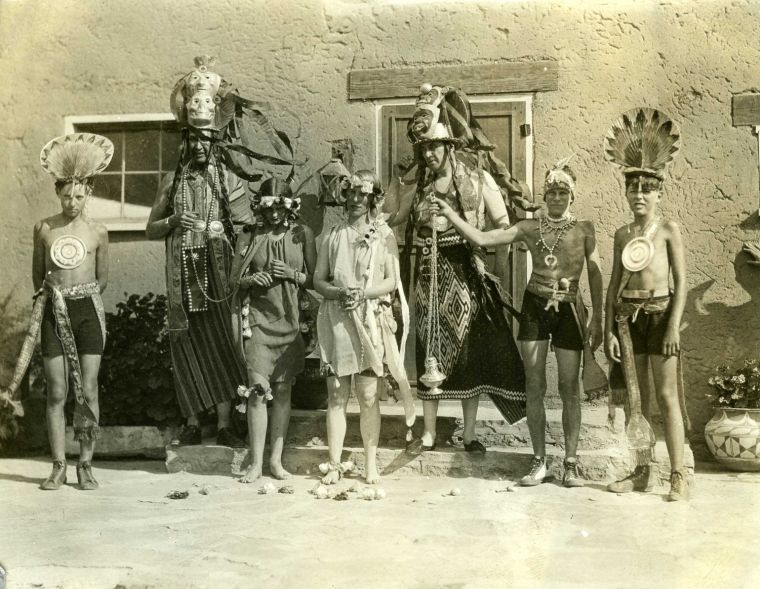 Above: Nusbaum’s friends dressed for a party in Santa Fe, New Mexico. Photo, Palace of the Governors, NM.

Although I didn’t know Nusbaum’s connection with Cozumel at the time, a couple of friends of mine used Nusbaum’s old home in Santa Fe as their tribal art gallery. My wife and I spent many pleasant evenings, dining and partying at the gallery with them and their guests, a tradition that apparently had carried over from Nusbaum’s days.

Even though Nusbaum failed to film the movie he wanted for Panama-California Exposition while he was in Yucatan, the archaeologist would later work with the New Mexican government designing the “Painted Desert” pavilion at the exposition in San Diego in 1915. In the photo below, he is shown holding Maria Martinez’ baby. Notice the hand-rolled cigarette in his hand and the rather bemused look on his face. Maria was a potter from San Idelfonso Pueblo in New Mexico. When Nusbaum’s friend and fellow archaeologist, Edgar Lee Hewett, discovered shiny black pottery sherds in a Pueblo Indian excavation he was working on in 1908 and asked Maria to help him figure out how it was made. The young potter experimented a while and eventually found that by reducing the oxygen available to the kiln, the red clay would turn black. She then began producing this black pottery in her pueblo and offering it for sale to tourists and was wildly successful. Nusbaum and Hewitt took her to San Diego for the exposition where she, her husband and baby wore traditional garb for the visitors while they sold their wares. Much later, in the 1970s, Sharon Morales of Cozumel began to buy Maria’s pottery to sell at Sharon’s gift shop “Los Cinco Soles”. 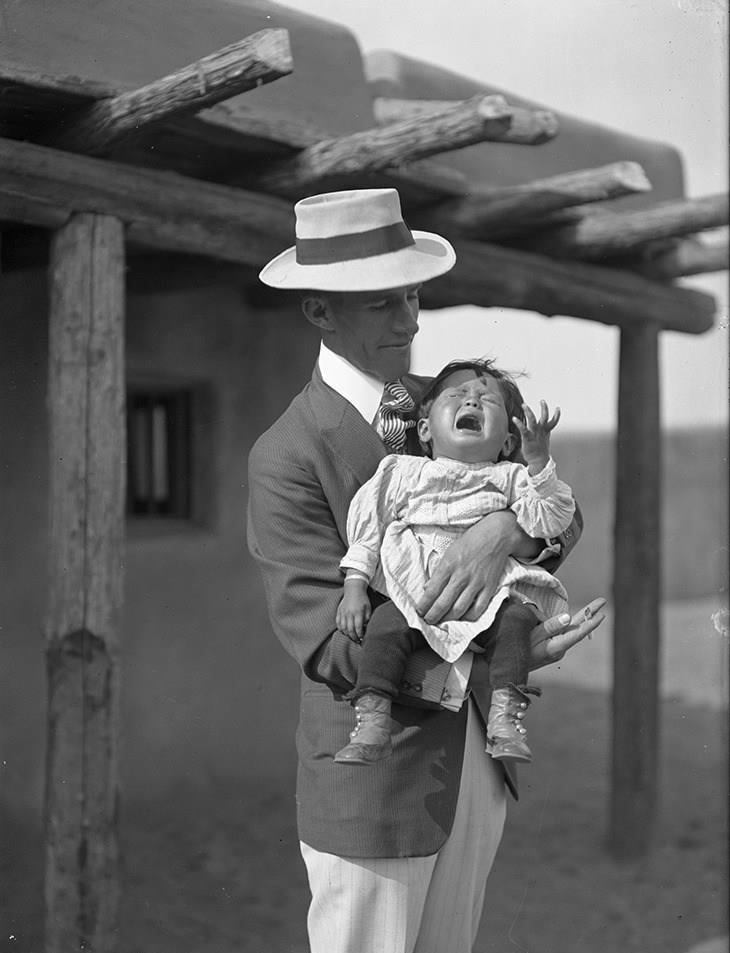 Above: Nusbaum holding Maria Martinez’ baby and a hand-rolled cigarette. I’ll bet I know which one he put down first. Photo, Palace of the Governors, NM

Nusbaum was not only an archaeologist, but also a well-known photographer at the time who delighted in taking self-portraits and posing for shots. 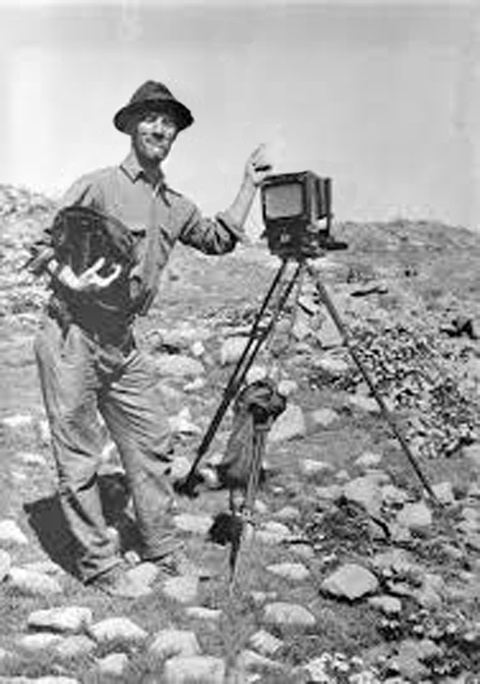 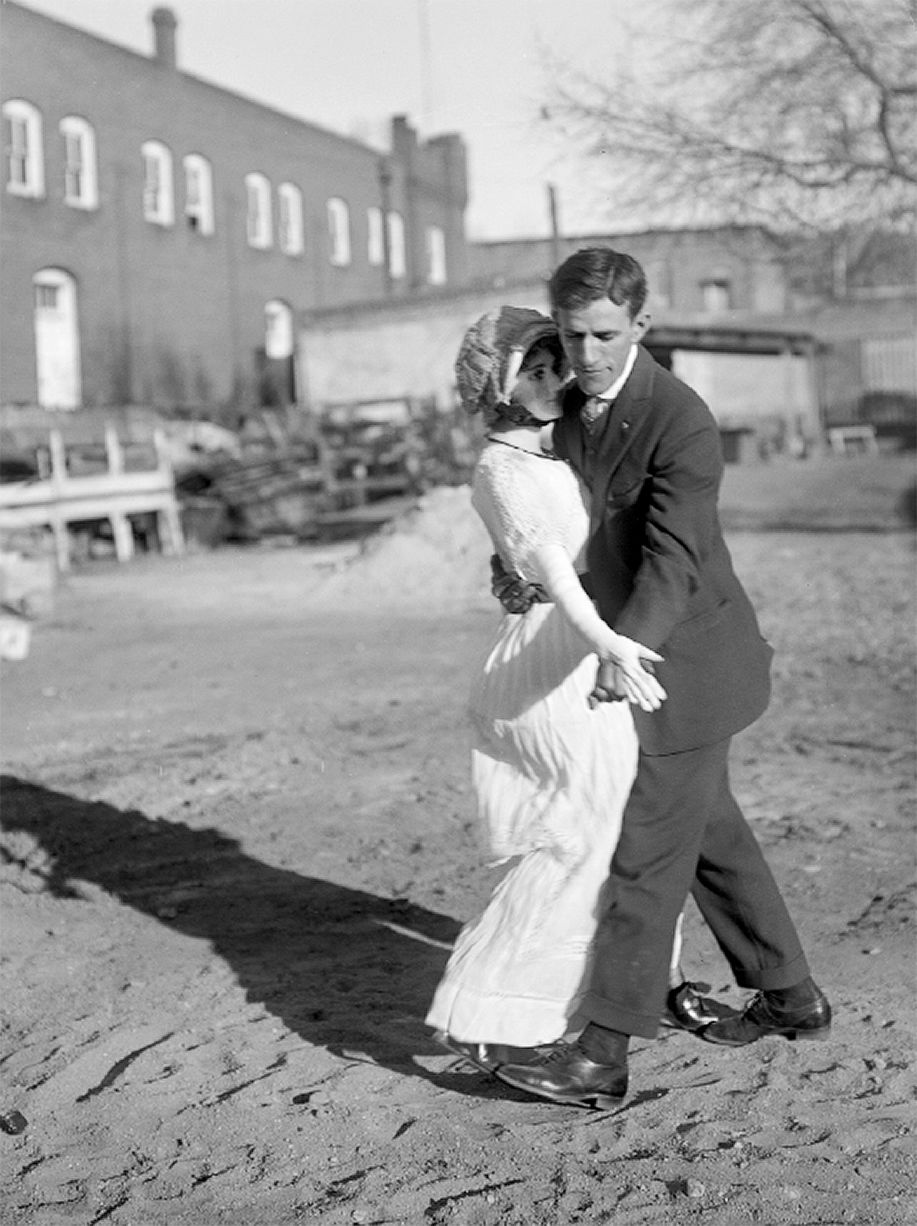 Above: Nusbaum dancing with mannequin in Santa Fe, 1916. Photo, Palace of the Governors, NM. 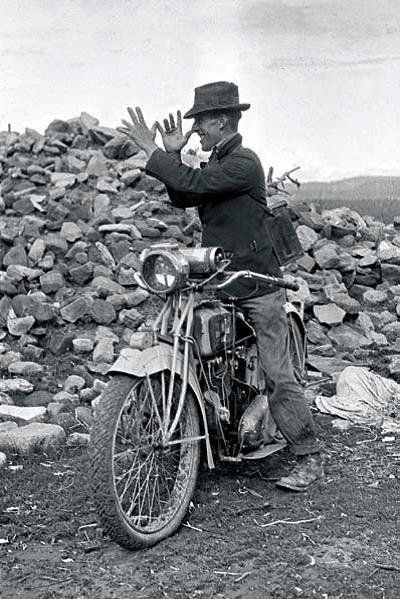 Above: Nusbaum and friend, 1917. Photo, Palace of the Governors, NM. 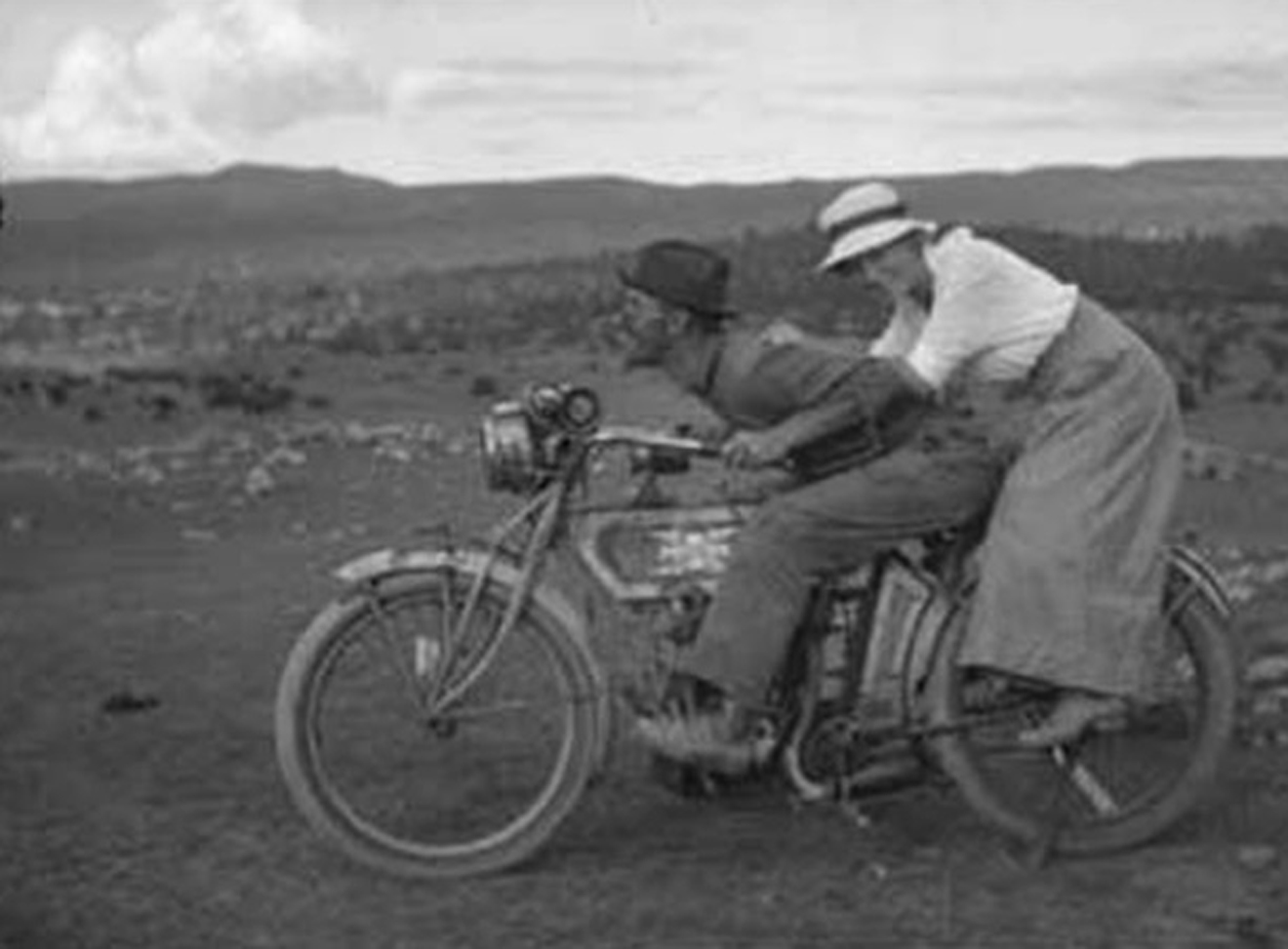 Above: Nusbaum in 1917, prior to entering the army and serving in France. Photo, Palace of the Governors, NM. 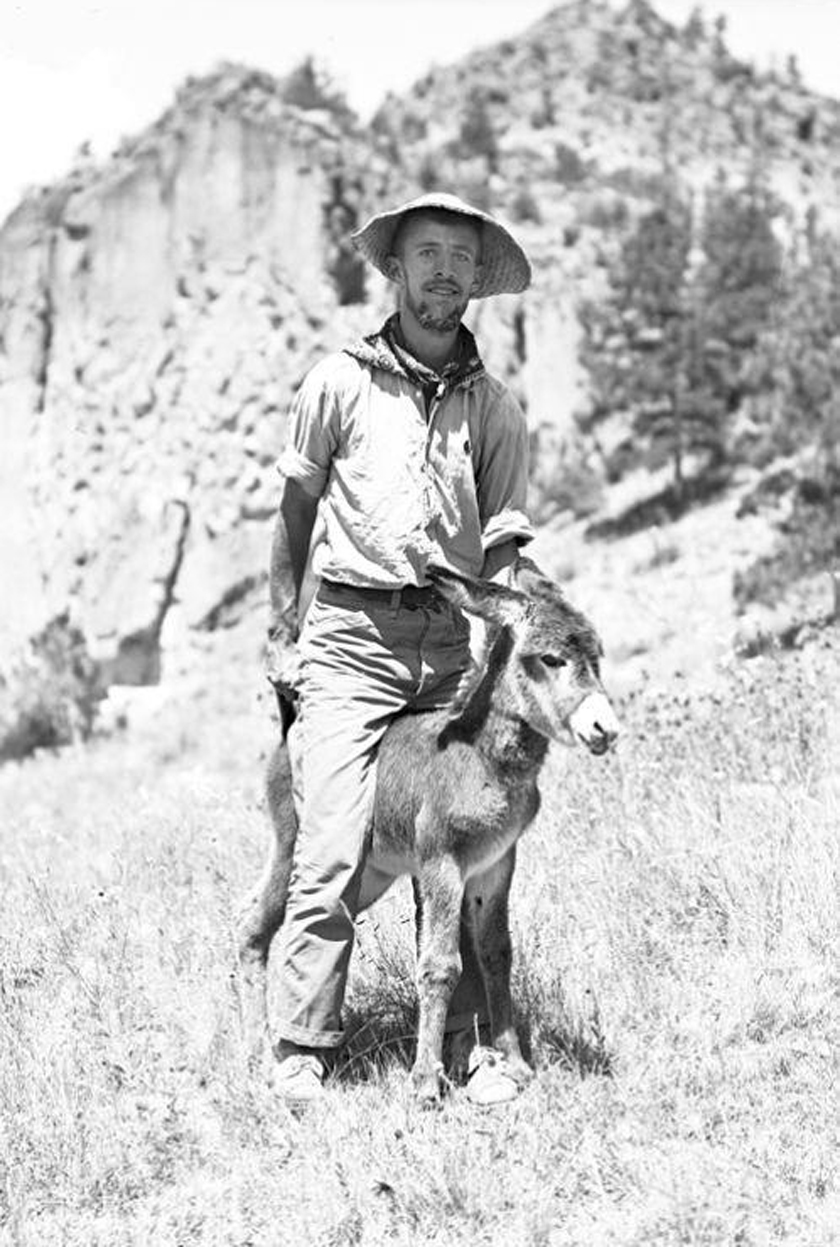 Above: Jesse Nusbaum on burro in Frijoles Canyon, New Mexico, 1908. Photo, Palace of the Governors, NM. 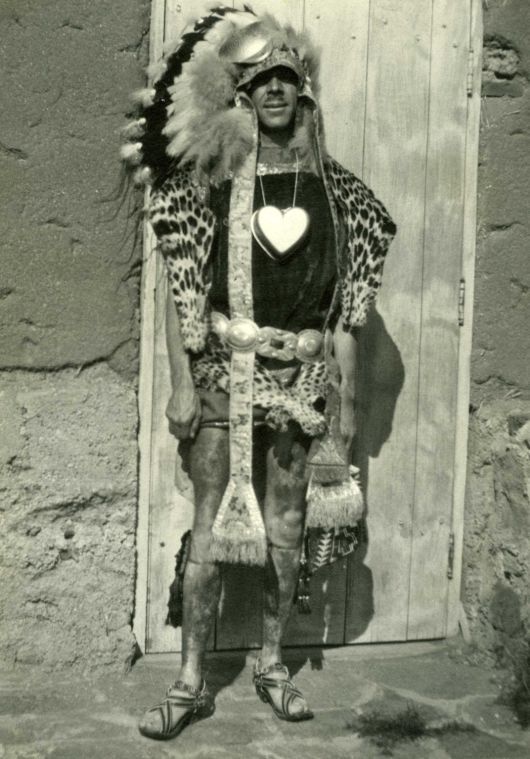 Above: Sylvanus Griswold Morley in Santa Fe and dressed as the Maya priest Ah Kin Mai for a costume party. Photo Palace of the Governors, NM.

Morley later worked as a spy for the Office of Naval Intelligence (ONI) during WWI, using his cover as an archaeologist to great effect. Some say was the model for the movie character, Indiana Jones. In his quest to find German spies and sympathizers, he again visited the Quintana Roo coast and Cozumel in 1917, sending back coded reports about his finds to Washington. 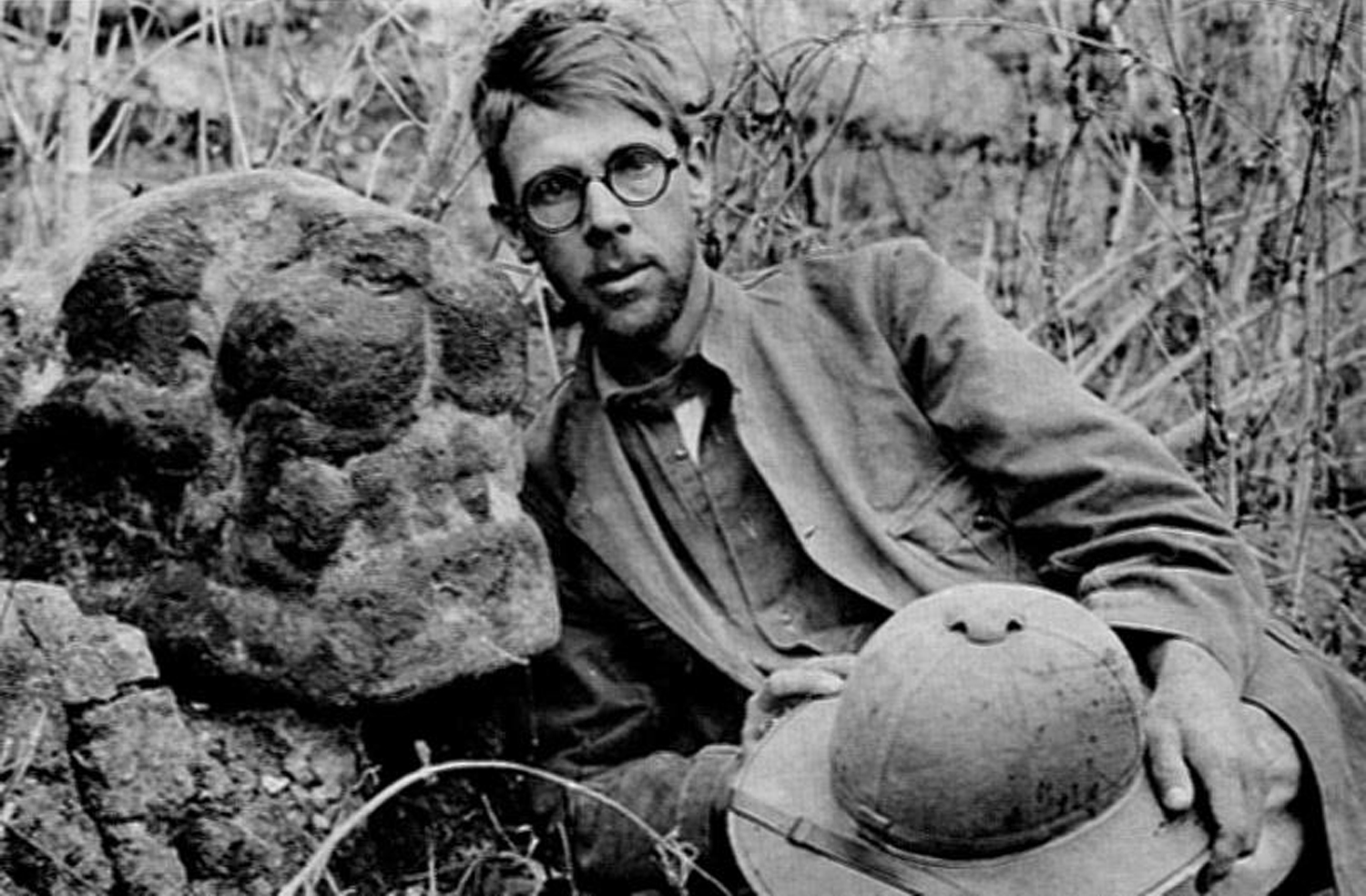 The first time Morley and Nusbaum landed on Cozumel in 1913, they had no way of contacting friends and co-workers back home. This lack of correspondence from the two caused considerable speculation as to their safety, or lack thereof. On April 15, 1913, The Santa Fe New Mexican published a front-page article, “Two Santa Feans Visit Bad Men on Cozumel Isle,” which stated the island was noted for its cannibals. A couple of days later, another front-page article appeared, with the headline: “Grave Danger in Visiting Isle of Cozumel. Peril of Morley-Nusbaum Expedition Facing Cannibals Who Have Eaten Other Explorers. Mrs. Morley Alarmed over Husband’s Fate.” This article included a photo of Nusbaum, and suggested he may have met his end on the island at the hands of cannibals. 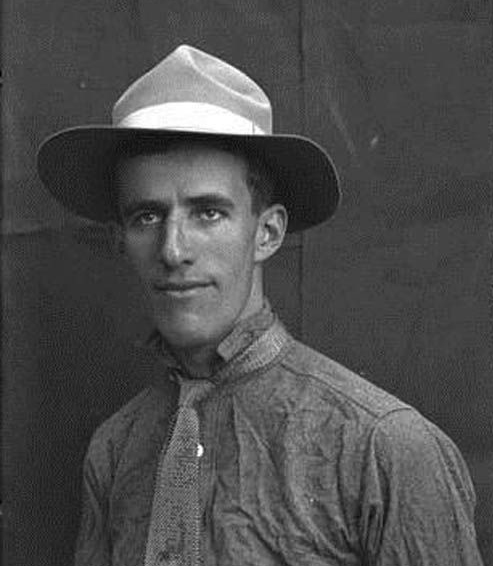 Above: Jesse Nusbaum. Photo, Palace of the governors, NM.

The Boston Globe published an article on April 18, headlined “Alarm Felt for Them. S. G. Morley, a Harvard Student, and J. L. Nusbaum May Have Died on Visit to Cozumel Island.” The paper added that there were reports that two Englishmen who visited the island of Cozumel recently were either eaten by cannibals or killed by hostile Indians.

The press never ran any follow up stories after Nusbaum and Morley returned to Santa Fe, safe and sound. I guess if the US State Department had travel advisories back then, they would have included Cozumel as a place to avoid if you didn’t want to be consumed by cannibals.

When Nusbaum developed the images he took on Cozumel, they were left unpublished and languished in a file drawer in Santa Fe for the next 100 years, just a few blocks from where I used to visit my friends at their tribal art gallery. It was not until the photos were finally digitized and added to the online collection of his work that I found that he and Morley had actually visited and photographed the 16th century Catholic church on Cozumel, a building that stood tall until it was razed in 1938 to use as fill for the downtown ferry pier.

Above: Two photos I pasted together that were taken by Nusbaum of the inside of the 16th century church on Cozumel in 1913. The roof had fallen in, the front wall was gone, and the barrel-shaped tombs inside had been looted, although he reported skeletons were still present. Other graves had been dug into the floor after the church was abandoned in the 1600s. You can see the 20-foot high walls of the sides of the church on either side of the photo. Photos, Palace of the Governors, NM.

You can read more about my search for this church and the search’s results in my books, The True History of Cozumel Volume 1 & 2, available on Amazon books here.