If you are going to Chichén Itzá to see “well preserved,” “pristine,” or “original” Maya buildings, let me be the first to burst your bubble. Today, archaeologists emphasize the stabilization and preservation of ancient ruins. In the 1920s and 1930s, when most of the work was done to the buildings you will see on your visit, the focus was on enhancing the beauty of the buildings to “wow” the tourist. No kidding. That was the idea. In their minds, rebuilding a pyramid or temple with newly cut stone in a likeness that was something drawn up by committee and that may, or may not, even come close to resembling the original was the order of the day. The book Chichén Itzá: If we build it, they will come shows that crazy process with many early photographs of the site, both before and after reconstruction.

The book is available from Amazon Book, here. 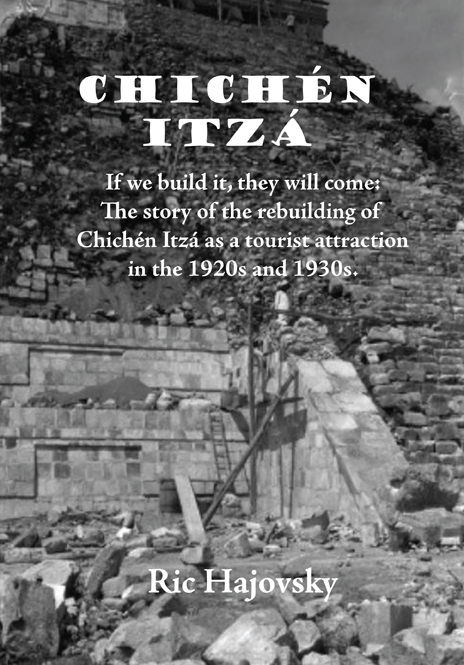 The True History of Tulum: Including: The bizarre events, weird connections, wacky theories, & offbeat characters of Tulum. Everything you need to know… or, what you wish you read before you went.

If you are going to visit the Mayan ruins of Tulum in Quintana Roo, Mexico (or have already) you need to read this book. It is chock-full of fun, weird, odd, and wacky bits of the history of the place that you will not find anywhere else. Also included are a short introduction to the history of the Tulum Maya, the early Spanish contacts with Tulum, the archaeology of the site, descriptions of the main buildings, and the stories of why and how they were built. In 1985, during a project carried out by the Instituto Nacional de Antropologia e Historia (INAH) and funded by a grant from the National Geographic Society, author Ric Hajovsky paddled a dug-out canoe over the reef to land on the beach at Tulum in an effort to test the theory that the Maya intended El Castillo to be used as a lighthouse. Later, he traveled the entire coast of Panama from the border of Costa Rica south to Colombia in Don Tiki, his 45-foot-long, ocean-going dugout which was similar to the type the Maya used to carry trade-goods from as far north as Tabasco to as far south as Honduras.

The book is available on Amazon Books, here. 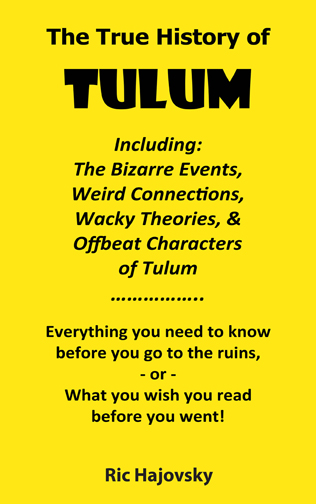 The Secrets of Xcaret is a non-fiction work that describes the surprising history that lies buried underneath this world-famous Mexican Theme Park. Beginning with the explanation of how the unusual geology of the region was formed millions of years ago, through the arrival of the first humans 40,000 years ago, the arrival and subsequent settlement of the area by the ancient Mayans, and the discovery and subsequent conquest of Xcaret by the Spaniards in the 16th century, the book describes all the past events that took place on the very spot that is now one of the most visited theme parks in Mexico.

You can buy the book from Amazon Books, here. 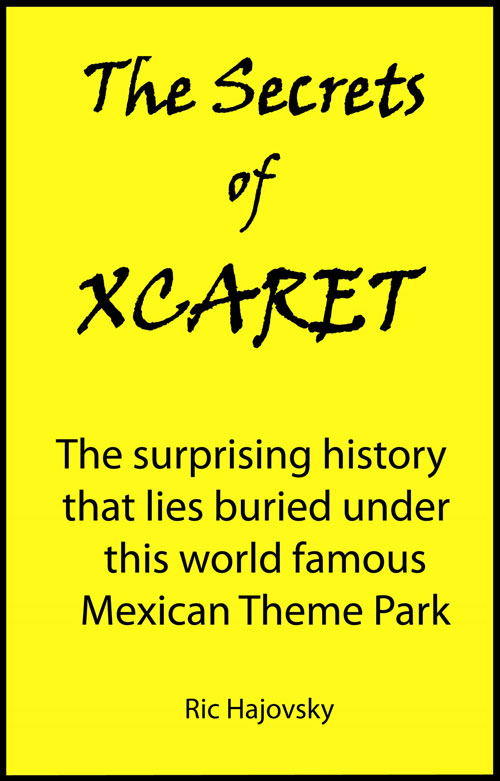